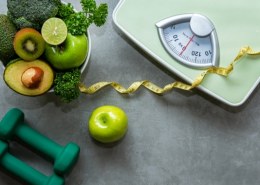 Obesity is a topic that is frequently discussed in the media. it affects nearly 75 million adults and 12 million children in the United States alone. These staggering figures do not include the 33 percent of Americans who are simply overweight, the reason you should try and loose weight before it gets out of hand.

What does this mean exactly? Obesity is defined by the Centers for Disease Control and Prevention (CDC) as having a body mass index (BMI) of 30 or higher. To put it into perspective, a 1.65m person becomes obese at 82kg. A BMI of 25-29 places you in the “obese” category. Check out the BMI calculator to determine your own BMI.

Is obesity, however, really that bad? “Yes!” is the unequivocal answer. If you still need convincing, here are five compelling reasons to lose weight:

According to the National Cancer Institute, obesity is associated with an increased risk of cancers of the oesophagus, breast (postmenopausal), endometrium (uterine lining), colon, rectum, kidney, pancreas, thyroid, and gallbladder, as well as possibly other types of cancer.

Triglyceride and bad cholesterol levels are caused by excess fat, particularly around the waist, boosts and also reduces good cholesterol, elevates blood pressure, and destroys your blood vessel system, putting you at a higher risk of cardiovascular disease, heart attack, and stroke.

Obesity in women is associated with a 37% increase in severe depression, and the two diseases frequently initiate and affect one other. According to the American Psychological Association, heavy women experience higher suicidal ideation.

If individual health problems aren’t enough of an incentive to loose weight, remember that obesity may have a significant financial impact as well. Obesity now accounts for over 21 percent of all US health-care expenses, according to a recent Cornell University research. This amounts to $190.2 billion each year on a national scale. Obese persons had $2,741 more in medical expenditures per year than non-obese ones. Obesity, in fact, now contributes more to health-care expenditures than smoking cigarettes.