What are food facts that are fascinating and interesting? 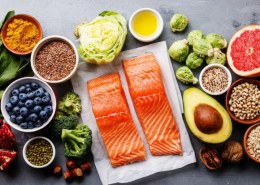 The food we eat every day is almost an essential part of our life, but there are a host of fascinating secrets about it that we never even imagined. I was impressed when I learned some of these facts that reveal so many mysteries inside the plates we keep for ourselves.

1: Pringles once had a lawsuit trying to prove that they weren’t really potato chips;

Procter & Gamble, who owned Pringles at the time argued that Pringles were only 42 percent potato flour, while the rest is mostly a slurry of wheat starch, corn and rice flour, and vegetable oil. The snack food, they said, could not be classified as a potato chip because, unlike a real potato chip, its overall contents and shape were “not found in nature.”

2: Apples belong to the rose family, as do pears and plums;
Early 1900s, botanists reclassified the Spirea, Plum, and Apple families as subfamilies within the Rose family. This new categorization was embodied in a Robert Frost poem from 1927.

3: Chocolate was once used as currency;
According to anthropologists, traces of chocolate were first discovered in Mexico in 1900 BC. It is reported that the history of chocolate began in Mesoamerica and that tribes known as the Aztecs traded with the Mayans for cocoa beans. During this period, it was believed that chocolate was a gift from Quetzalcoatl, the God of Wisdom. Over time the Aztecs started to rule Mesoamerica and they craved chocolate and unfortunately they couldn’t thrive in their area. So, they started the tendency to use cocoa beans as currency.

4: Milt, which is a delicacy around the world, is fish sperm;
Milt is the seminal fluid of fish, molluscs, and other sea creatures, but when served as food, it’s actually the male genitalia of fish that contain sperm. Usually served fried, it can be found in dishes around the world:


5: There’s an enzyme in pineapple called bromelain that helps to break down proteins and can also ruin your tastebuds.

6: The only food that provides all the nutrients humans need is breast milk;
Breast milk is made up of hundreds of different biologically active molecules, some of which scientists do not yet fully understand. Although, infant formula also provides complete nutrition, it cannot fully replicate the immune function of breast milk.

7: Food cannot be tasted unless it is mixed with saliva;
This is because enzymes in your saliva break down the structure of food and release food molecules. The molecules are then ready to be received by your taste receptors. These receptors identify each flavor and send signals to your brain to tell you whether the food you eat is salty, sweet, or bitter.