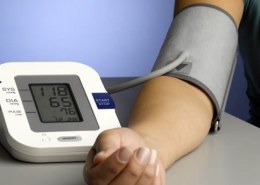 What does blood pressure numbers mean?

It is measured using two numbers:

Diastolic is the number below and it’s the rate of when your heart rest in between the beats.

It is measured in millimetres of Mercury (mmHg).

The normal blood pressure according to health practitioners is expected to be between  90/60mmHg and 120/80mmHg.

If it is increased for too long it can cause several health problems like kidney disease, heart failure, stroke etc.

Obesity: When the body has accumulated too much fat than normal, obesity is said to occur. When there’s too much fat in the body your heart has to work 2X than usual to pump blood which is putting strain on your arteries.

Stress: When you’re stressed, your body produce some certain hormones that makes your beat faster and your blood vessels become narrowed. Reacting to stress in ways that aren’t healthy increase risk of hypertension.

Too much alcohol intake: Having more than 2-3 bottles of alcohol in hours increases your blood pressure. Alcohol also contains calories that causes weight gain and it stops your body from burning fat.

Genetics: If there has been history of Hypertension in your family, It is best to avoid things that might cause it because you’ve high risk of having it. There’s still no single known gene that plays the major role in this.

Too much salt consumption: Excess sodium and potassium intake in the body contribute to increased blood pressure. Your daily salt intake shouldn’t be more than 5grams.