Is cancer Contagious? What are some cancer myth 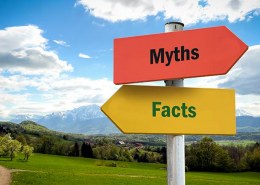 Cancer according to Mayo Clinic refers to any one of a large number of diseases characterized by the development of abnormal cells that divide uncontrollably and have the ability to infiltrate and destroy normal body tissue.

The human body is made up of numerous cells and cancer can start from anywhere within the body. The cells in our body grow old and die, new cells comes up.If these process doesn’t occur the cells forms tissues, lumps.

There are certain myths about cancer that has instilled fear in many people. Too much conflicting information can lead to confusion. We will be mentioning few here;

You don’t need to stigmatise those who have cancer, you can touch and spend time with them. It sn’t Contagious.

2: Mobile phones cause it:

Phones don’t have genes and it’s can be caused by gene mutation. There’s no evidence to support this myth. Phones can’t cause cancer.

3: Low sugar intake can cure it:

In as much as it’s cells consumes more glucose there’s no connection between cancer and glucose. However, high sugar intake can lead to obesity which leads to increased risk of having it.

Having it doesn’t automatically mean you’ll die even though some tumors can’t be cured there are people who have been diagnosed with cancers and they survived it.

6: Your hair won’t grow back after chemotherapy:

Only in few cases is the loss of hair permanent. There has been a lot of people whose hair grew back after treatments.

If You’re seeing symptoms of it, kindly go to your doctor quickly for diagnosis. The earlier you it get detected and treated the higher your chances of surviving it.