why social media censoring is heavy in 2021 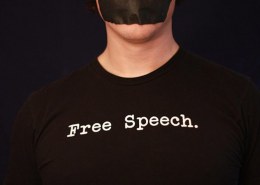 It’s evident that the extreme left runs numerous social media platforms, including this one, so you’ll receive a slew of “facts” denying that censoring occurs, but it does. Even though I am not a member of any political party, I am being censored.
All of these foolish individuals talking about TOS and contracts and creating these unconnected and incorrect metaphors don’t grasp that social media has become the same as talking in public. You should be able to express yourself freely as long as you are not hurting somebody in real life. Restrictions are no longer so private, and laws must be enacted to put big tech in its place. This should have been done 20 years ago, but Republicans believed they could use technology to control people.

Of course, the right wing feels greater pressure than the left, and that alone implies that conversations and discussions come to a halt when only one side is permitted to speak. That suggests you’re suppressing individuals and establishing a tyrannical atmosphere. You don’t have to agree with everyone or everything, but you have no right to dictate someone else how to think, what to say, or what to believe.

If individuals truly had a scientific mind, they would see that the extreme left and far right do very similar things.

In terms of the Western world, we are swiftly approaching communism, and genuine science shows that our use of power is having the opposite effect intended.

What happens in Africa?

Africa experiences a lot of social media censoring because the governments are scared of the people. They realise that more and more people are awakened to the injustice, nepotism, unfairness that goes around in their countries. Following examples like China, South Korea, North Korea, India and a few others in the west and middle east, it is clear that they cherish power more than

In Nigeria for example, just recently the government of the day banned twitter indefinitely with more sanctions still rolling in to other social media platforms. In fact, the Attorney General has demanded the arrest of anyone still using twitter in Nigeria. While Nigerians have resorted to using back-door means to access twitter, it looks like the Nigerian government has not really fulfilled their aim.