Is Splitting bills on a first date cool? Who should pay the bills? 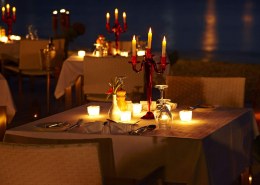 Splitting bills just became more occurrent this time due to gender equality. For decades men have always been expected to pay for the bills on a date. In Nigeria only few people go on dates and split bills, some women even find it disrespectful if you’re asking them to pay for half of the meal because you invited them on a date so you’re expected to cater for the bills.

Well if you ask me, the person who asks for the date should pay except both parties has agreed on splitting the bills. On the other hand some men expect the woman to at least offer to split the bills even though they’ll decline.

Also, many think that a man who offers that they split the bill isn’t man enough. Most women believe that if a man pays for their date, he is probably attracted to her because it’s part of creating a good first impression.

Sometimes if a man splits the bills with a woman, there’s high possibility of her refusing to go on a date next time, a risk he wouldn’t want to take, especially when they meet for the first time.

If you’ll be offering to split the bills don’t ask the other party pay for what they ate, the bills Should be splitted evenly. if you are the one inviting her for a dinner, you should select a restaurant or somewhere that suits your budget.

You don’t take your date to a high-end restaurant beyond your capabilities, and ask them to help you pay the bills at the end of the day. If your date decides to choose a place that is too high for your budget, you should avoid it, because you may run into gold diggers, which can be toxic and will only waste your time and money.