Merger in business happens often, why? and what does it mean 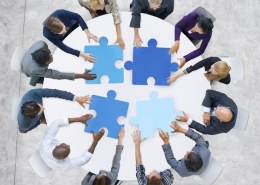 A merger is a business strategy that is used to join two business together and acts as a single legal entity. Companies that accept mergers are generally equal in size and operating scale. This is a strategy that companies adopt to expand their production and marketing activities and maximize growth, providing synergistic growth in their customer base, less competition, and the introduction of new markets etc.

1: HORIZONTAL MERGER:
An horizontal merger is a business consolidation that occurs between companies operating in the same industry.
Horizontal mergers are common in industries where there are fewer companies because the companies merging in these industries are more synergistic and the potential benefits of market share is much greater. Yes For example, the merger of the Coca-Cola and Pepsi beverage divisions is essentially horizontal. The goal of horizontal mergers is to create new, larger organizations with greater market share. Since the business operations of the merged companies may be very similar, there may be opportunities to reduce costs by participating in specific businesses such as manufacturing.

2: VERTICAL MERGER:
A merger between two companies that produce different goods and services toward the production of some final product.  Vertical mergers occur when multiple companies operating at different levels within an industrial supply chain work together. Vertical merger can improve efficiency by synchronizing production and supply between the two companies and ensuring that supplies are reliably available when needed. For example, a computer company may merge with a supplier of important electronic components. These mergers will help them cope with their competitors. By making it difficult for competitors to obtain critical supplies, it can weaken existing competitors and increase barriers to entry for new ones.

3: CONGLOMERATE MERGER:
Conglomerate merger is simply a merger between companies that are engaged in completely unrelated business activities. These mergers usually occur between companies in different industries or between companies in different geographic locations. Their businesses do not overlap or compete with each other. However, they see the benefits of joining the company. This type of merger has two additional categories: pure and mixed. When talking about the merger of pure conglomerates, we are talking about two companies with no crossovers in the market at all. Conversely, a mixed conglomerate merger is when two companies merge to expand a market, product, service.

4: CONCENTRIC MERGER:
A concentric merger is when both companies have the same customers in a particular industry but offer different products and services. Products or services whose mergers are considered concentric complement each other. These companies combine to create a larger product offering for one business, thus enabling both companies to take advantage of a larger market share.
For example: Let’s say Company A sells home office printers. it makes sense to merge with a company that produces ink and paper. The same customer not only buys all the products, but also at the same time. Therefore, if a larger printer company owns a paper and ink company, all the companies involved can work together to make a profit.

These are the 4 main common types of BUSINESS MERGERS, there are others but these are the commonly used ones.
A merger is a business strategy that is used to join two business together and acts as a single legal entity. Companies that accept mergers are generally equal

WHY DO BUSINESS MERGE?

The most common factor is the growth potential of the business. Business mergers can give the acquiring company the opportunity to expand its market share. Restructuring can reduce the impact of certain industries on a company’s profitability. To reduce tax liability, a business that generates significant taxable income may consider merging with a business with significant tax losses. Consolidation between companies will eliminate competition between them, thereby reducing the advertised price of the product. In addition, the discount will benefit customers and ultimately increase sales. The collective finances of the merged companies will be much more and their use may be better than if they are operating separately. It may happen that one of the incorporated companies has a short gestation period while the other has a longer gestation period.